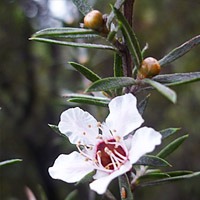 Getting up early I went on a walk this morning. First the daisies and the kauri stood out reminding me of heart and innocence. Walking up the ridge behind the Quarry I came across a Manuka tree that had little seed balls on it. It was clear to me that I had to pick them and bring some home. I picked four, for the four directions, west, east, north, south – water, air, earth, fire. But as they were prolific, I didn’t stop there and ended up picking a handfull. When walking on the path, I kept turning them over in my hand and enjoyed feeling their roundness and sturdiness. I came to a T section with a sign that read ‘Kauri Walk’ and two arrows pointing in either direction of the path I was getting on to.  I was reminded that this was the path of life, my life, as I have felt Kauri over lighting my path on many occasions.

The First Light Kauri essence relates to beauty and is connected to the heart chakra. There where several Kauri trees lined up along the path and it was easy to connect in with Kauri’s beautiful energy. As I was going forward on the path, it became quite clear quickly that the Manuka seeds where to be released on my path for purification. The Flower essence 22 Manuka’s keywords are ‘purification and transformation’.

As this was a time where I had been thinking a lot about how to create and stepping forward from a new place, this made a lot of sense. Releasing old patterns of behaviour, emotion and thinking, that have been holding me back, was very clearly what was needed to be addressed.

Halfway down the track another Manuka bush was standing of the path. When I went to have a look at it, I could see it had many seeds clustered together. Just to the side of it stood a Horopito bush as a companion. As Horopito is the essence that stands for the Past, it spoke to me of releasing the patterns of the past. And then, when I looked to the right on the bush there was one branch with new flowers forming and one little Manuka flower. How beautiful to see all the phases of the messages given this morning summed up and clear to see.

As I kept going on my Kauri walk and life path, I released the Manuka seeds one by one. Some wanted to be thrown behind me, some ahead of me into the future, and some into the bush off track. Had to laugh when I came to the end of the track and therefor the exercise in purification. Two seeds left and the track went further just for cars and a another track down the steps veered off to the left through the bush. The sign on the track ahead for cards read ‘No Access’. Of course my rebellious self could not resist throwing one of the seeds against the sign. The other seed wanted to be thrown way up high where no tracks exist.
Coming home I felt purified and lighter.

Manuka – the Scorpio essence for those born between October 22 – 31 with the personality type the Shaman.
Used for rising above intense feelings and emotions and coming out anew.